According to Cruising World,  the Island Packet 38 is the ninth best cruising boat in the world.  Not a bad position! 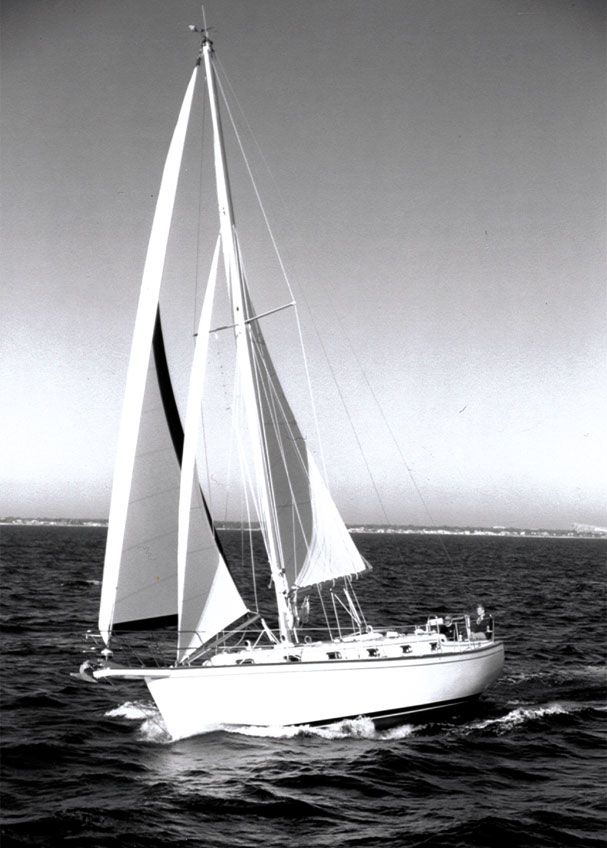 9. Island Packet 38
Though it’s difficult to single out any particular Bob Johnson-designed Island Packet, the 38 is especially notable as it was the company’s first “big” boat, introduced in 1986, after 26-, 31- and 27-foot models. With its full-foil keel, reasonable draft, and versatile cutter rig, the IP 38 incorporated many of the features that personify the popular and much admired brand.(Stock photo. Text and photo courtesy of Cruising World)

Not bad at all when you consider that the study also included  lightly built coastal cruisers.  I have been so impressed with the Island Packet 38, that I am confident that if Cruising World were to run the survey again for bluewater boats only, then Calypso II  might find herself in an even more exalted position.  Having said that, I don’t think (even with my biased opinion) that she could knock the Valiant 40 off the top spot!