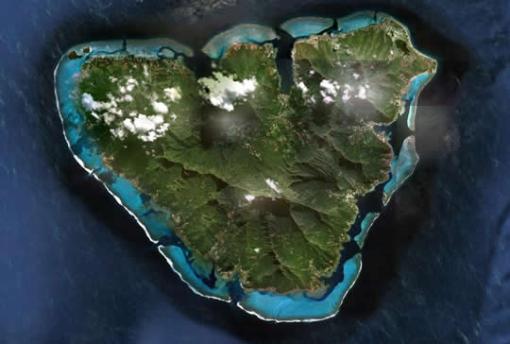 When I was told that Moorea was the filming location for both South Pacific and Jurassic Park, I was torn between the desire to see how a landscape could be so contradictory and the very real fear of being torn to shreds by a gay velociraptor. 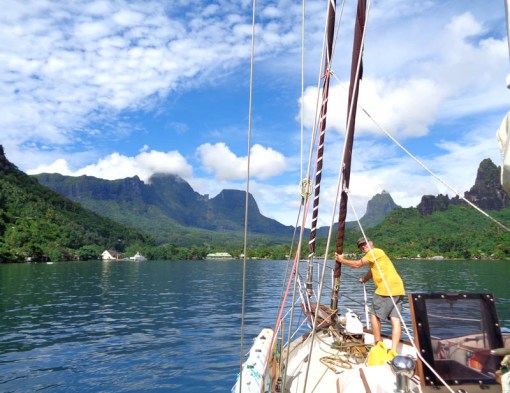 In fact the beauty of Moorea encompasses both the light-hearted musicality of the former and the dark mystery of the latter.  Wafting palms and gentle waves on the coast rise quickly into mysterious and dramatic peaks of untamed jungle. The people reflect the same contradiction as the landscape – gentle, calm and helpful. But leave your outboard on the beach (as we did) for more than 15 minutes and consider it a sacrifice to the Tiki gods whose images are still found sculpted into the rocks. 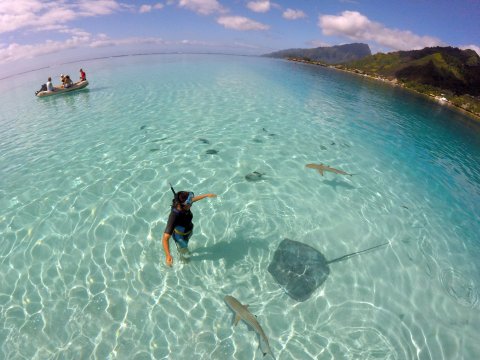 In the water with stingrays and sharks

In our usual quest to be the slowest cruisers in the world, we have been here for nearly four months. We have explored the anchorages of the north and west and got to know some great people. We have circumnavigated the whole island on a scooter and swum with sharks and stingrays whilst having a good sticky-beak at the underwater geography too. And over time, we have come to see beyond the movie backdrop and get a real flavour of this extraordinary place that is rapidly becoming our favourite spot in the Pacific. 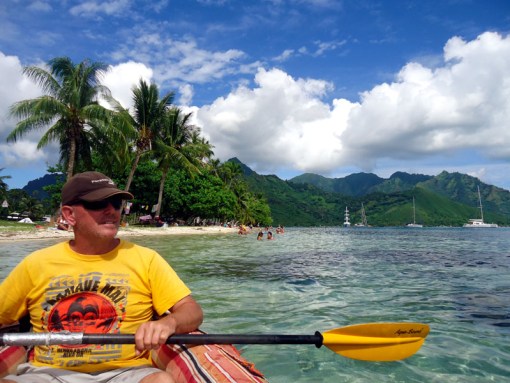 Kayaking around the Opunohu Bay anchorage 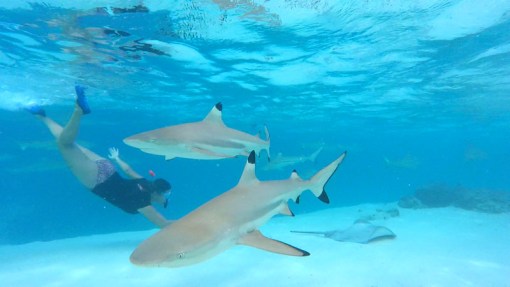 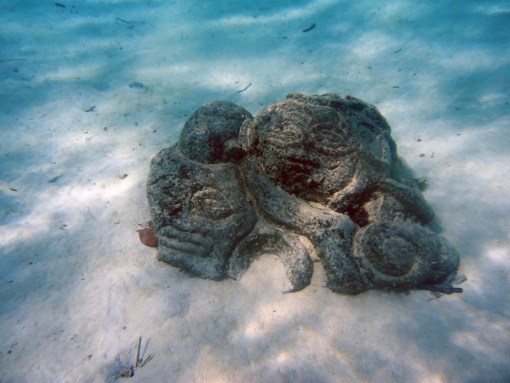 It may not be for everyone – particularly the more ‘A’ type personality – but slowing down to something assimilating the pace of life in the places you visit is the only real chance of getting even a whiff of its authentic flavour. We are glad we did.

This entry was posted in Uncategorized and tagged French Polynesia, moorea, nature, sharks. Bookmark the permalink.
← Budget Drone Photography or ‘Kitecam’
Do you suffer from MIAS? A simple self-test →