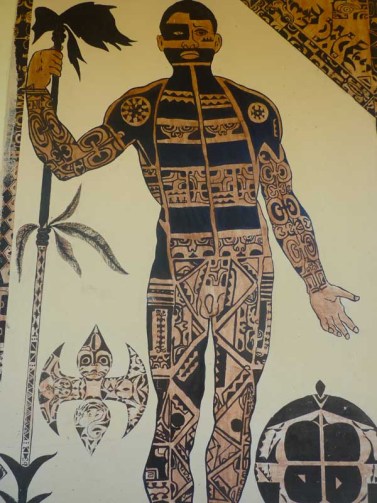 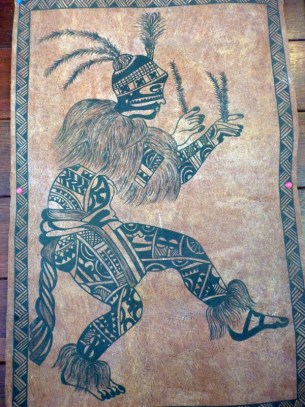 The Tattoo has always been an important part  of  Polynesian culture.

As early as 1767, Captain Samuel Wallis noticed that it was;

“a universal custom among men and women to get their buttocks and the back of their thighs painted with thin black lines representing different figures”.

The word ‘tattoo’ was first used by Captain Cook. It is the phonetic transcription of the Polynesian word ‘tatau’, which means ‘to hit’. Back then, the tattoo artist used tapered animal bones or teeth, which they would tap the backs of to drive the ink under the skin.

Modern Polynesian tattoo artists may have broken that tradition (they now use an electric needle) but the designs remain steeped in tradition – each with their very own distinct meaning.

While the main purpose of tattooing is decoration, the various designs also tell specific stories or denote affiliation with certain groups. Many Polynesians also believe that tattoos can protect them from evil.

Tattooing experienced a crisis when the missionaries brought Catholicism to the islands. Suddenly the naked body had to be covered, rendering the tattoos somewhat pointless.

Today, having largely shed the repressive yoke of Catholicism, Polynesians have re-embraced this wonderfully creative aspect of their cultural heritage.

This is particularly true in the Marquesas where it is almost impossible to find an adult Marquesan without a tattoo. Men are often tattooed on the arms, back and chest while the women tend to opt for neck, lower back and legs. The Marquesan islands of Tahuata, Hiva Oa and Nuku Hiva are home to some of the best tattoo artist in Polynesia. 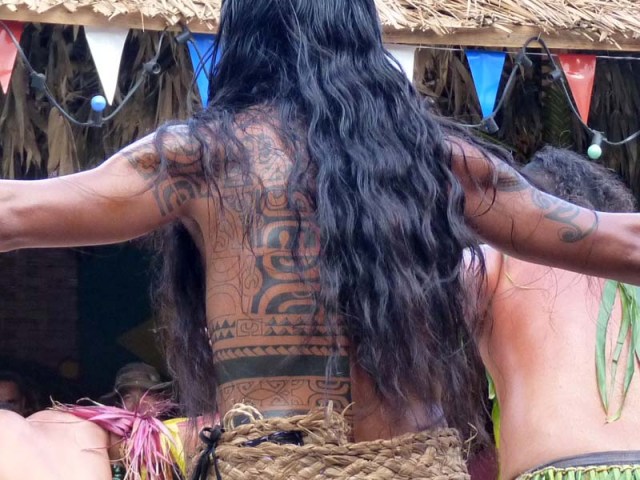 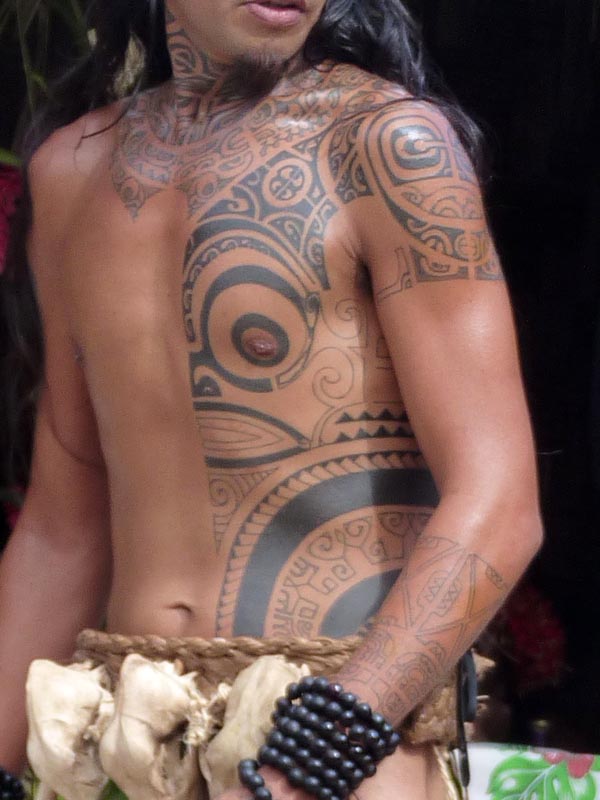 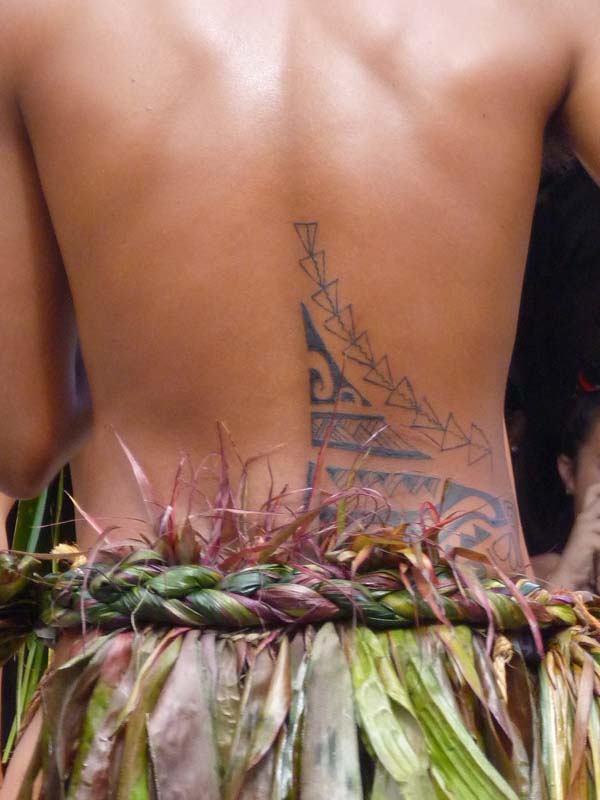 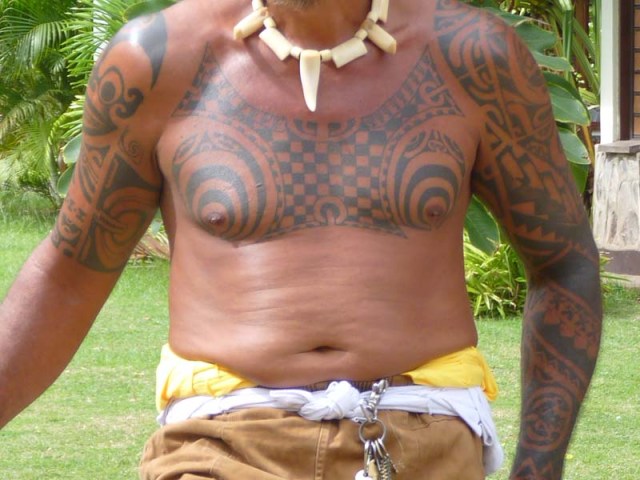 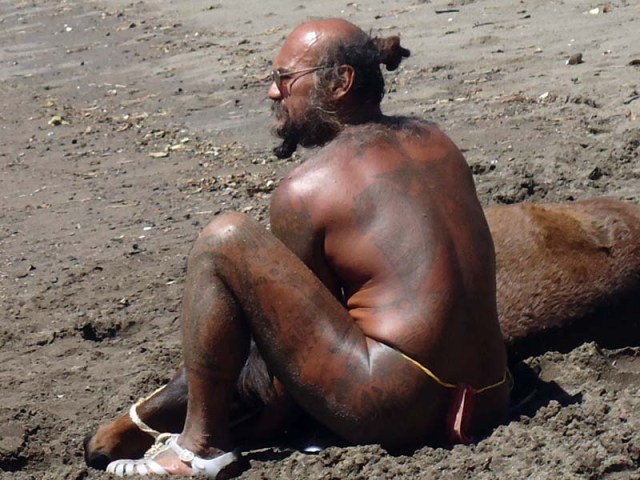 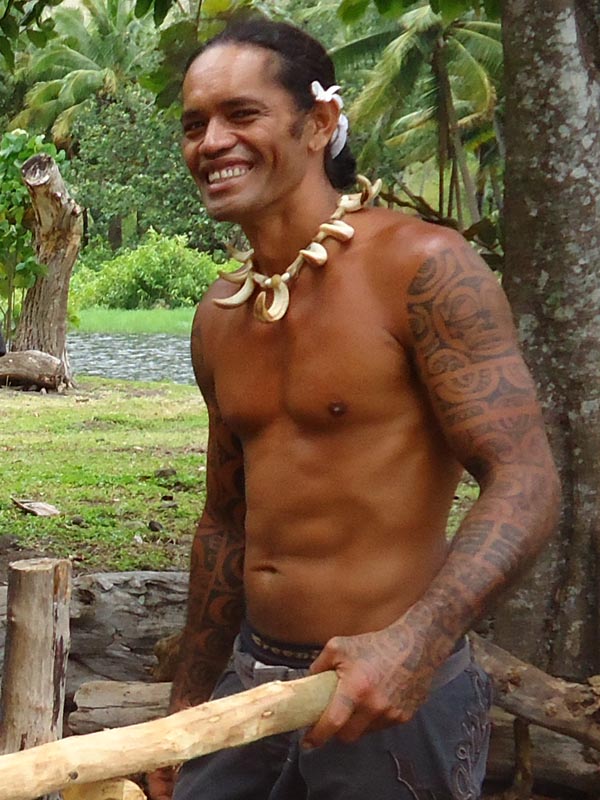 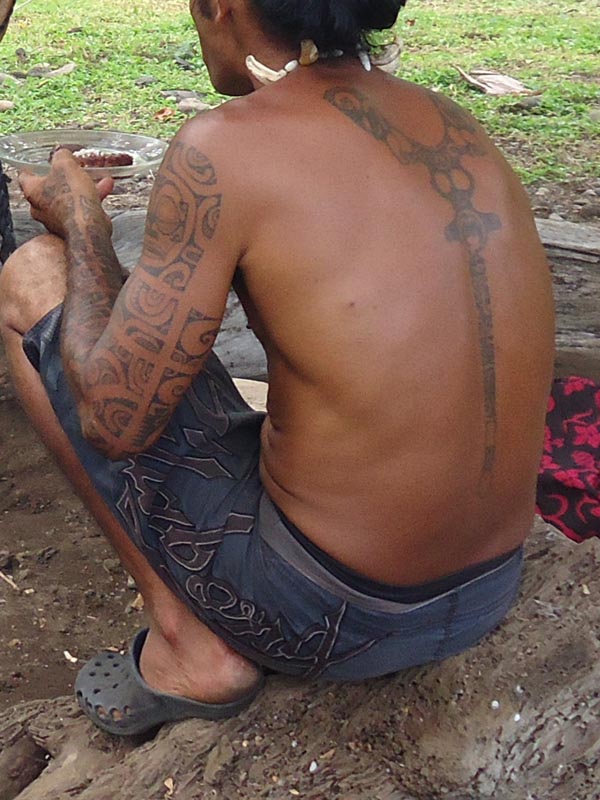 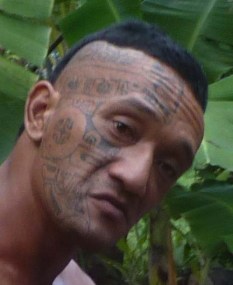 As sailors and visitors to this land, we tend at first to simply watch and admire the wonderful array of inked bodies. However, after a while one starts to feel naked. When that happens, tattoo fever is never far behind. 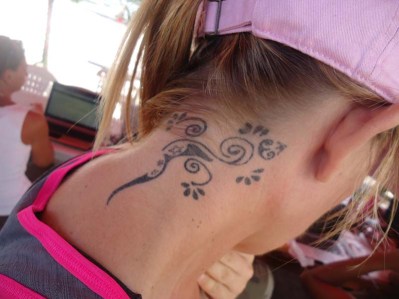 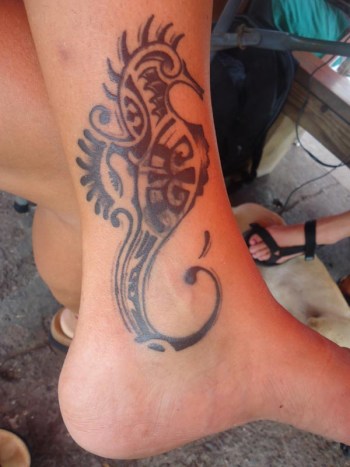 So which one of us got the fever?

The answer is we both did! Jasna told the artist (Moana Junior from Taiohae) that she loves sailing and diving. She ended up with a half fish – half boat design. 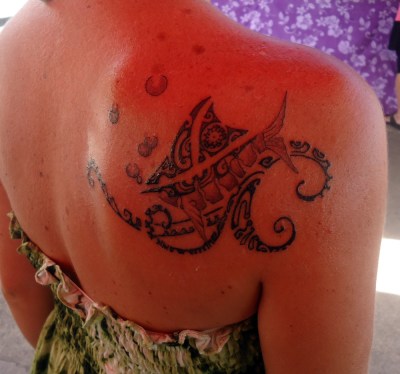 And so we are not naked anymore.

These will be our permanent souvenirs of the special people of the Marquesas islands which hosted us for seven unforgettable months.