Before I became a wandering sea gypsy, I owned a farm in the Alpujarra Mountains in Southern Spain where I trained Andalucian horses. 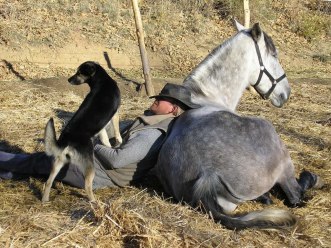 Shortly after I bought the place, Chris Stewart the former drummer of the rock group Genesis, published a book about life in the Alpujarra. Unbeknownst to me, he had given up the life of a professional musician and settled in a sleepy town in the Alpujarra mountains to become a sheep farmer and journeyman shearer. His book is called Driving Over Lemons and is actually quite a good read. It sold like crystal-meth and put the Alpujarra Mountains firmly on the mental landscape of the largely British audience who bought it. The Brits seemed to identify with the idea of giving up the madness of life in the UK for a simpler existence amongst the good people of the Alpujarra, and quite a few of them arrived looking for their own mountain escape. What was less apparent in the book was that Mr Stewart’s farm was not actually in the mountains at all, but at the base of the mountains near a town called Orgiva (the biggest town in the region). 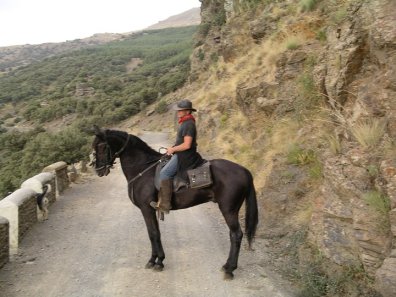 Nevertheless, armed with the proceeds from their expensive flats in Notting Hill, the Brits arrived in the mountains and started buying up the little mountain farms that had been long abandoned. Prices went up and the land began to be cared for again.   All well and good. The only problem is that lemons don’t grow in the mountains because it is not hot enough. They grow well enough where Chris Stewart had his farm, but his farm is almost at sea level, despite the impression given by the book. Yet lemons were what the new arrivals had fixated upon and that is what they must have. So, many new arrivals planted lemons and oranges and grapes. Nothing grew of course. A total waste of time, hard work and money (one guy even tried to plant palm trees at 2000 feet above sea level because that is what he associated with luxury).   Some new farmers gave up, all were a little disillusioned. 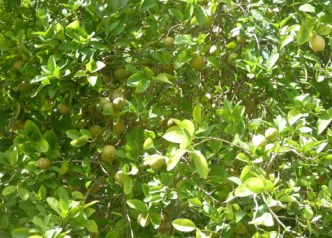 What has all this got to do with sailing? Well, quite a lot actually because much the same pattern occurs amongst new sailors. Bombarded by images of rich men lying on shiny white yachts, surrounded by bikinis and interesting cocktails, it is not surprising that even the most level-headed person comes to suspect that pampered luxury is at least partially the point of life at sea. Many believe it to be the only point. So off they go, trying to make their boat like a little luxury apartment – big cabins with large windows, watermakers, generators, fast dinghies, air conditioning, washing machines, ice-makers, electric winches and all the paraphernalia it takes to run and repair them in the belief that this will bring them happiness. They are of course, amply assisted in developing this view by the companies that profit from the sale of such things. 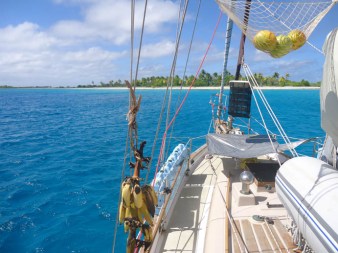 If you have never owned a boat, it is important to understand that despite being several times more expensive than their domestic equivalent, things on boats break down about a hundred times as often as on land, due to the shaking around they get and the constant exposure to salt. If you buy a freezer for your home, you can pretty much plug it in and forget it for the rest of your life. Not on a boat.   Not only will it break down way earlier than even a pessimist would expect, it will cost five times as much to repair and involve a lot of mucking about importing parts, employing costly, ’marine’ technicians (whose only qualification over a normal technician is often that he is prepared to come to your boat). Now multiply this headache by all the complicated things on your boat and you will soon be spending all your time working on it (or paying someone else to), chasing down spare parts, fighting with corrupt customs officials (or paying whatever they ask) and pretty soon, you will become totally stressed with the whole thing or be back at work earning money to pay your bills and repeating the obligatory mantra of the terminally disillusioned, “you have to be rich to own a yacht”

So, what is the answer?

You guessed it. Raspberries! 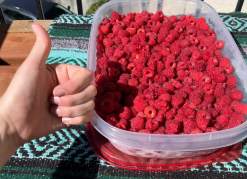 Raspberries are a fruit that have certain demands if they are to grow to be nice and sweet. They need a certain type of soil, they like a bit of frost in the mornings and need quite a bit of water. In other words, they are particularly suited to life in the Alpujarra mountains because we have more water than we can use (being the first stop for the melting snow of the Sierra Nevada), we have the occasional frosty morning and the right kind of soil. Furthermore, as Spain is generally quite dry, the few places that can grow raspberries can also command a decent price for them.

By looking around at what the local people were growing and perhaps more importantly, what they were not, many Brits who came to the Alpujarra in the wake of Driving Over Lemons could have avoided a lot of hardship, wastage and disillusionment. By observing reality and reacting to it, rather than trying to strenuously bend reality to fit their fantasies, a negative experience of struggle could have become a positive and rewarding cascade of increasing achievement and satisfaction. Many Brits returned to the UK saying that farming in the Alpujarra was impossible or too difficult, too steep, too cold, or any kind of external explanation. The real culprit of course, as in so many things, was the human mind and its inability to detach itself from its own fixations. We believe that the image in our mind is the one we must ‘achieve’. Encouraged by corporate ideology and western management training ethos, we set our ‘goals’ and must now doggedly pursue them, whatever the cost, to be ‘successful’ and massage our egos.

Now, I have grown lemons and I have grown raspberries and there is really very little difference between the two – they are both rewarding to grow and the same lifestyle can be achieved by growing either if the conditions are right. There is absolutely no point in forcing the issue and stamping your feet like a petulant child because you can’t have lemons if the conditions are not right for them. Ignore that voice in your head – it is only the rather laughable belief that `you can do anything if you put your mind to it’ that is constantly repeated by inane marketing executives and Nike commercials. 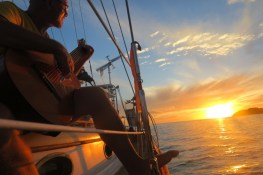 The same goes for sailing. Unhappy will be the sailor who tries to manipulate the reality of the sea to fit the image in his mind. If you can ditch the idea that you simply must have a floating apartment with all the toys of home, the joy of the sailing life will be yours. Ignore this advice and you will be constantly paying, fitting, repairing – paying, fitting, repairing. And if you work really hard, you may have one great moment when nothing needs fixing and you sit down, satisfied. One small, island of peace before something else breaks down and the whole nasty cycle starts up again.

Forget growing lemons simply because that is the image you have had planted in your mind and look what reality is trying to communicate to you. Divest yourself of the idea that pampered luxury is your goal or even desirable. Get rid of all the stupid, complicated devices that eat your time and consume your cash and your soul. Learn to live simply and you will receive all the gifts that the sailing lifestyle is holding in its outstretched hands.

This entry was posted in Uncategorized and tagged cruising, lifestyle, sailing, tips. Bookmark the permalink.

13 Responses to Sailing over lemons